Here are some of the shirdi sai baba miracle stories shared by devotees.

I want to keep my details confidential.. I have  no words how much I can thank baba..Iam a small devotee of baba.. I believe him so much.. He always help me in every step of my life..I was doing baba mahaparayanam..  That day I was on my way to office in my car.. I have to say this I was remembering one of the devotees experience that I have read &amp; uttering “ome srisai aarogyakshemadhaya namaha”..There is a lane closure due to some road work.. So all the cars(myself too)were slowing down to merge into left lane.. Suddenly a van hit my car from the backside so fast that I bumped into the car in front of me.. It was such a big hit that air bags got inflated, my car’s engine was totally damaged &amp; fumes came up.. Its baba’s miracle that I did not have even a small injury so as the other two persons in other cars.. I dont know how much I can thank baba.. Please be with us always baba and bless us.

We are a very simple middle income based family. My younger brother got married to a girl. The girl’s father was a highly political leader with influence from very top positions. He is very crooked and one day came and forcibly took his daughter after 3 months of the marriage. After few days he and her daughter filed a wrong police case involving dowry and harassment to our entire family. Police was supporting them as they were heavily influenced by the girl’s father and connections. It was the most saddest and terrible moment in all our life as police came to our place to arrest my parents. But SAI BABA saves us as we have been the devotees of Baba and have been praying him. Someone unknown person called my father to leave as police with girls father are approaching to our place. My parents were never arrested. After just a week, they got the bail. This miracle can only happen with the blessings from Sai Baba.

You should not miss the Sai Baba Prayer for Saving Marriage.

Let me start with the miracle related to my Job. I had quit my job and was searching for a new job, My old job was very tiring and I was overburdened. I prayed to Baba asking him to get me a job in a company “XYZ” as it was one of the companies which were considered to be good in work-life balance and I posted my resume and to my surprise, in few places for few questions I felt the answers were just flowing out from my mouth as someone else was answering and I landed a job as I had asked him . I had applied to many companies and to my surprise I felt the interview was just a formality and as if the position was confirmed to me at the beginning itself.

second is related to my grandma’s health. Her health was in a critical condition and the doctor’s had told there is nothing more they can do and we should be prepared to hear the bad news anytime. We gave her baba Vibudhi and I prayed to ask for her health to become better and they could return back home. And the miracle happened, My Grandma’s health improved (but not fully ) and the doctor’s said we could go home. All the doctors were also surprised by how she rebounded back. We lost her after a few months though. I guess that was also one of the ask as we did not want her to suffer more as she had not recovered completely.

But I am really very thankful to Baba that he is always with me and I love him so much.

You may be interested in Growing Radish, Planting, Care, Harvesting. 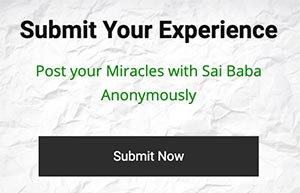 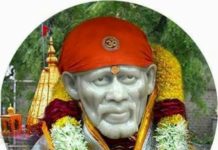 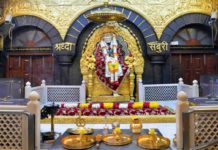 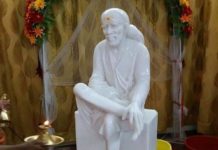